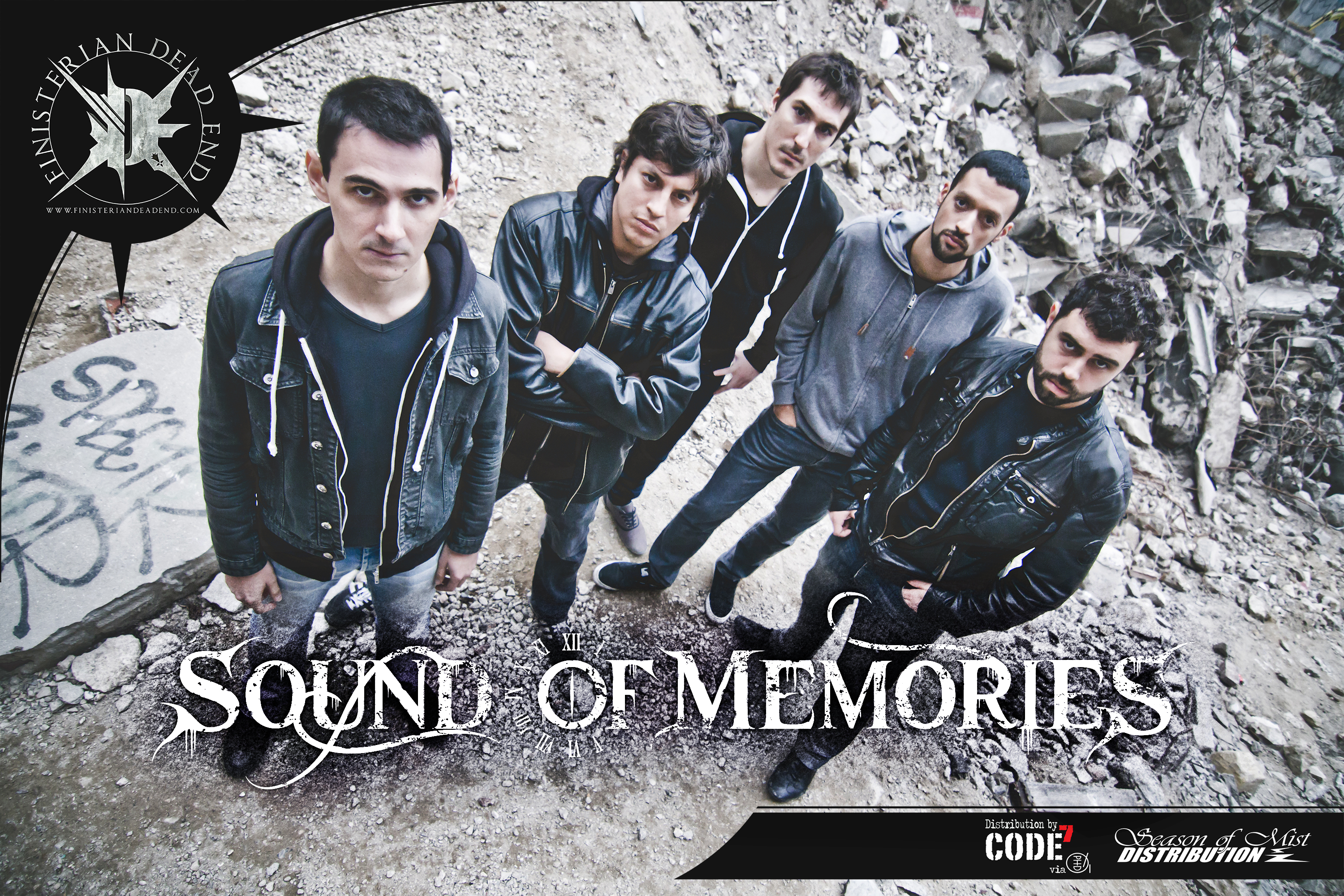 Created in Paris in 2010 by Alain (guitar), Lucho (guitar) and Fabien (bass), Sound of Memories is a kick ass mix of heavy/trash metal riffs and old school death melodic base.

After Nacim (drums), and Flo (vocals) ‘s arrivals, the band realized its efforts by recording in September 2013 its first E.P, “Living circles” at the Zoe-H Studio (Herrschaft, The CNK…).

Continuing the composition process, Sound of Memories came back to studio in February 2015, to record its first album. Julien Delsol (Deep in Hate, 91 All Star…) was in charge of the production of this darker, more complex and ambitious release. Moreover, the signing with the French label “Finisterian Dead End” confirmed the band’s willingness to give another dimension to its work, and make a name on the national Metal scene.

“To Deliverance” is available in all French and British stores since November 2nd 2015. The members invite all of you on the french roads to discover their energetic, brutal and melodic music; Headbanging fans, Sound of Memories is waiting for you in the Pit!!