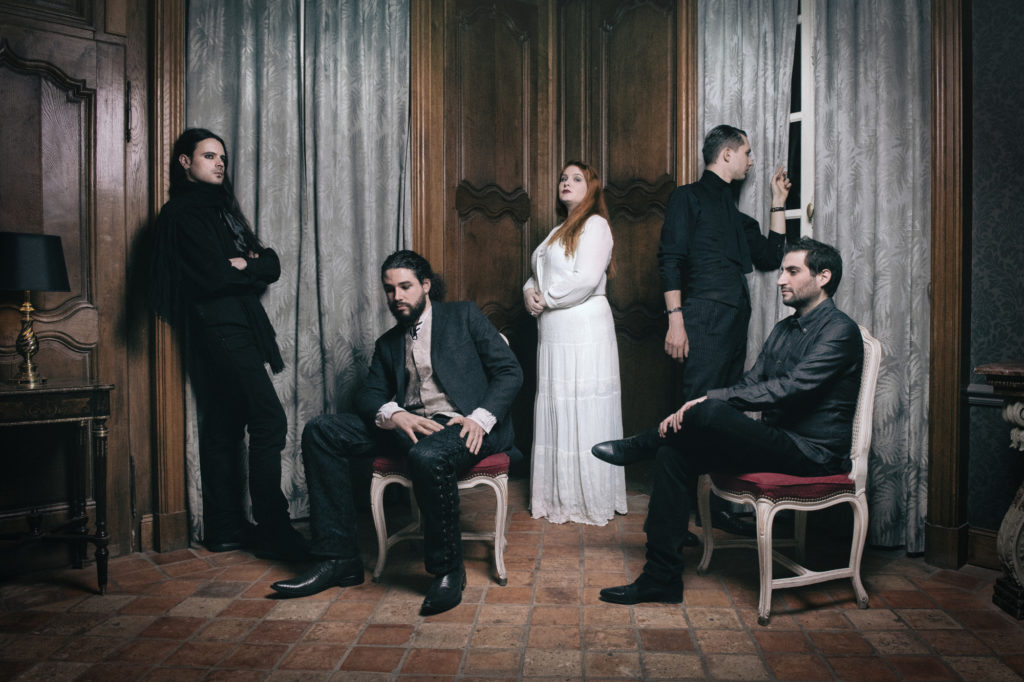 The seed of ANGELLORE was sown in 2007, when Rosarius & Walran met for the first time. Both quickly realized that they were carried by the same desire to express their deepest emotions through the most melancholic and beautiful music. The duo decided to start its very own doom metal project, pulling on Rosarius’ love of gothic music, and Walran’s personal folk touch. Both unexpected influences – and many more – would make their way into the majestic and sorrowful music of the band.

Within the next 18 months, a demo and two EPs were released. The great amount of positive reactions received across the internet encouraged Walran & Rosarius to take ANGELLORE to the next level. They hired their old friend Ronnie to play the drums and got some help from Catherine “Cathy” Arquez, a well-established violin player.

Without promotion of any sort, the song “I Am The Agony” gathered more than 15.000 views on YouTube. Hearing the underground buzz, the French press soon developed an interest in the band: “I Am The Agony” was chosen to appear in the sampler of the 110th issue of Rock Hard Magazine (France) in April 2012 in the “best demo/newcomer of the month” category. For the album release, the band was featured in and interviewed for both MyRock and Rock Hard magazines. As “Errances” gathered more and more positive reviews, the album would go on to appear in some soundchecks as one of the highlights of the year.

Having worked with the same team from July 2012 to February 2014 on the recording, mixing and mastering of its second album entitled “La Litanie Des Cendres” (litany of ashes), ANGELLORE collaborated with Shunu Records, a small label that worked very hard on creating an amazing digipack worthy of the album. This bewitching record, featuring otherworldly beautiful female vocals for the first time in band’s history, saw ANGELLORE refining their weapons to pierce hearts and souls of the audience, and felt like a little earth shaker in the gothic/doom metal genre. With more than 800 copies sold worldwide, “La Litanie des Cendres” is close to be sold-out.

In 2018, after three years of heavy work and dedication, ANGELLORE finally concluded the work on its third album, “Rien Ne Devait Mourir” (nothing should have died). Composed of six epic songs for a full hour of music, this album is the most ambitious work of the band to date. It features a lot of guests playing traditional instruments (flutes, celtic harp, cello, violin, organ, grand piano…), including the oboist/keyboard-player Gunnar Ben of Skálmöld’s fame (biggest Icelandic metal band). A beautiful video in black and white has also been shot for the gothic hit “Blood For Lavinia”.

Meanwhile, the English journalist Mike Liassides (head of the famous website doom-metal.com) has started gathering information, making interviews and yet unseen pictures of the band to write a mini-book/extensive biography to celebrate Angellore’s tenth anniversary.

ANGELLORE has also started to rehearse again with the help of a session-guitarist and expect to make its live debut in winter 2019/early 2020.